Have Recorded Beta Tapes But No Machine? Transfer Them To DVDs

You may think when you hear the term a Beta or Betamax videotape, that there is just the one type, which is the consumer videotape, put out by Sony in 1975, that went head to head with the JVC VHS videotape and failed.  However, it appears that Sony did not give up their concept of sharing in the videotape market after its failure.  They produced a few upgraded types of videotapes targeting the professional TV and media recording and broadcasting market.

This was the consumer videotape that was the equivalent of the JVC VHS videotape.  According to the UCLA Library, the Betamax videotape had 250 horizontal lines of resolution and the magnetic tape formula was ferric oxide.

There are some theories as to why Beta could not compete with VHS, two theories being the Beta tapes could not record as many hours of content as VHS, and they cost more as well.  A little known theory as to what contributed to the demise of the Betamax, according to Bill Hammack, Engineer Guy at Stories Of Technological Failure, is that while Sony was spending their money and time targeting the consumer market, with their ads “Watch whatever, whenever” –, JVC was busy cultivating relationships with the video rental industry. 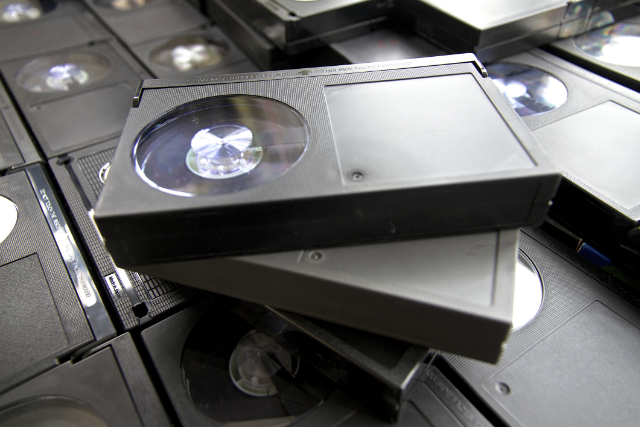 In 1982, after consistently trailing behind JVC in the consumer market, Sony decided to produce a videotape targeting the professional media recording and broadcasting industry.  Again, according to the UCLA Library, this videotape had component video rather than composite, a much higher tape speed, 300 lines of horizontal resolution, and also had a ferric oxide magnetic tape formula. Later, this ferric oxide feature that Betamax had also, caused some confusion for media preservation organizations.

The cameramen, when recording their programs, would be able to record using Betamax tapes instead of the Betacam tapes.   According to an Indiana University Media Digitization & Preservation Initiative Blog by Patrick Feaster, “a Betamax tape with a Betacam recording on it looks exactly like a Betamax tape with a Betamax recording on it.  There’s no way to tell the two apart through visual inspection.  Since the MDPI workflow for Betacam is entirely different from the MDPI workflow for Betamax, this meant everything had to be re-prepared.”

At the same time the Betacam videotapes appeared, so did the Betacam SP.  Betacam SP had 340 lines of horizontal resolution, came in two different sizes, and had a metal-formulated magnetic tape.  This videotape could not be interchanged with the Betamax.

Do you have any recordings on any of these analog Beta videotapes?  Before the ability to be able to play them back becomes nonexistent, you may want to consider transferring them to DVD.   Contact us to find out how we can help you do that.