There’s a lot of value in historical letters. The value might be academic if the letters were written by someone well-known. Or it might just be personal, such as when you’re tracing your family history. And sometimes, these two things can intersect. For example, maybe you had an ancestor who happened to correspond with someone well-known. In such cases, the letters will be valuable to you personally as well as to the general public.

And it might be a good idea to get them scanned so that you can preserve them for posterity. Plus, it’s also possible, if they were with someone famous, that they will be valuable someday.

Of course, it is possible to preserve old letters behind glass or in acid-free folders; one sees this in museums all the time. However, it can be very expensive and, eventually, the letters are going to deteriorate anyway. Additionally, you can’t just ruffle through old letters which are preserved in this way because that will lead to further deterioration. 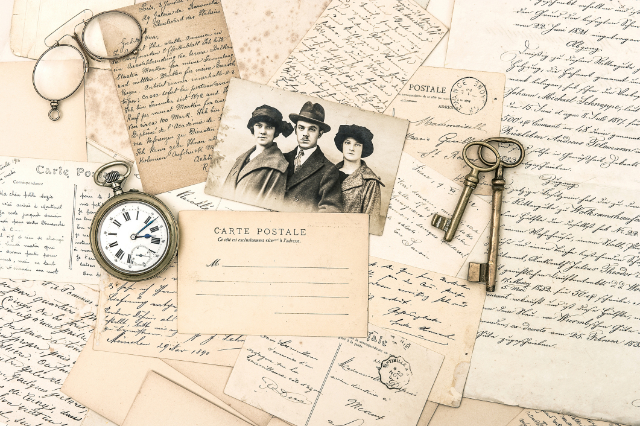 So the best thing is to scan them and digitize them. This way, you’ll be able to look through them whenever you want. Plus, you’ll also be able to share them with people. That might include friends and family who might be interested. Or if you’re thinking of having them published, you can send the digital copies to publishers.

How to Handle Historical Letters

When you’re handling historical letters, you have to be really careful. It’s best to hold them by the edges and to also wear certain types of gloves so that the oils which are generally produced by the skin don’t corrode the paper. You also need to have all your digitizing equipment placed in a dry, cool room because excessive moisture can lead to deterioration as well.

Overall, the process is a delicate one and you may find that it’s best to leave it up to the experts who will be as careful with your letters as possible.

Contact us for historical letter scanning for academic and personal purposes.