Increase the Appeal of Your Photography with Complementary Colors

Do colors have opposites? Although black and white aren’t considered true colors, they are viewed as opposites. When black and white are placed next to each other, you get contrast. It turns out that true colors such as yellow, red, blue, etc., have their opposites as well. When color opposites are placed beside each other, you also get contrast. These are usually referred to as complementary colors. You can readily identify them because they are on the opposite sides of the color wheel.

When used deliberately in your photography, complementary colors produce striking images. Red lights against the green branches of a Christmas tree or red tulips against green grass are examples of this. When photographed in brilliant sunlight, the tulips seem to “pop out” of the image. Orange and blue is another complementary pair. The next time you’re walking among autumn foliage on a clear day, note how striking the orange leaves appear against the blue sky.

You might think that finding the complementary colors of yellow and purple are difficult to find in nature. But certain flowers when viewed in the right lighting exhibit this combination. You can also find this pairing during a sunset in the right atmospheric conditions. 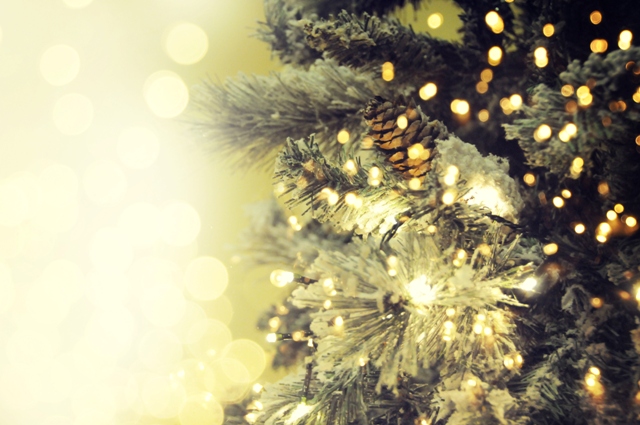 Complementary colors are readily found in nature as well as in urban environments and indoors. In addition, you don’t have to use colors that are exact opposites on the color wheel to achieve striking contrast. As long as they’re roughly on opposite sides of the wheel, you will get similar effects. For example, a yellow flower against a deep blue sky is a dramatic subject for a photograph. In addition, there’s nothing to stop you from manipulating the scene. You might ask your companion wearing a purple sweater to walk among some yellow dandelions or perhaps silhouette a red apple against a green forest in the background.

It’s best that you avoid photos dominated by equal amounts of two complementary colors because it can overwhelm the eyes. A lopsided ratio where there’s more of one than the other usually works best.

The next time you’re out taking photos, look for opposite or near opposite colors around you in order to make your photography pop. For more photography tips and information, don’t hesitate to contact us.